Interview with the Bentley... 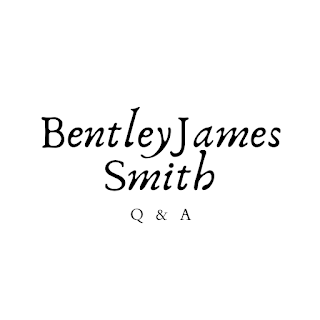 Bentley Smith is the main male anti-hero of The Katelyn Diaries book series. He is handsome, enigmatic and carrying a lot more than Katelyn believes. Tonight on Behind the Pages, you're going to be treated to a Q&A with a character that has become so much more popular than I ever believed he would when I began the series.

Q. Where are you from Bentley? What is your heritage?
A. My father was born in Norway and my mother was born in Australia. I was born in Australia. I am a dual citizen of both countries after applying for dual citizen when Norway started allowing people to do so. I lived in Norway for a year with my family when I was 17.
Q. Do you find it easy to forgive others?
A. The answer to that is a little complex isn't it? It depends on the person who needs forgiveness. Some people are easy to not forgive and simply to forget about them. However, there are some people who could stab you and you wouldn't just forgive them, you'd apologize for bleeding on them.
Q.  What do you notice first about a person?
A. Their face. Is that weird? Isn't that what everyone notices first when you approach someone? I mean, unless she has big... Never mind. But my Nanna always told me that our first impressions of a person need to be thought, reflected on and then disregarded because our first impression is what society tells us we should think, whereas the second thought of them is more what we truly believe ourselves.
Q. What is your drink of choice?
A. Rum. I can give or take the coke to go with it.

Q. Which of your parents do you more take after?
A. I don't think I'm very much like either of them. I don't want to be like them. Not that I don't love my mother, I do. But I don't want to be the kind of person she was. Maybe I get some traits from my father, I have a short temper like he did, but I think I know how to regulate my emotions better than he did.
I actually think I'm most like my Pop, my mum's father.
Q. What odd habits do you have?
A. I play with the corners of my pillow case or shorts when I'm tired or stressed
Q. What is your biggest regret?
A. That I never did it sooner.

Popular posts from this blog

June 26, 2021
I watch her from across the dance floor. Her hands are extended in the air and her hips swing freely in time with the music, absolutely lost in the moment. There's a simple beauty about the careless abandon that she exhibits. A drunken guy saunters up behind her, moving in close mimicking her movements, if she notices him there he wouldn't have a clue. There's no recognition or care for the attention until mid way through the song she steps forward slightly and turns around shaking her head at him; no. I would be beginning to judge the unsolicited attention giver, if I wasn't completely aware that I'm the creep sitting across the club staring at her.  It's made abundantly clear to me that it's not my job to even care when someone else joins the mix. Another bloke who pushes the would be sexual grifter away, before his attention turns back to the girl. His arms are moving in a vastly different way to hers, he's screaming in her face and giving her a shove
Post a Comment
Read more

(Don't) Judge a Book by its Cover.

June 27, 2021
Over the past two years I have grown to realize that what I once believed was the hardest part of writing a book is in fact that easiest thing in the world for me to do. Writing is easy because I love to write. It's where my heart is.  It wasn't until I finished writing my first book and needed to consider the many things that come after the writing, that I realized I had absolutely no idea what the term 'hard' meant when it came to my career in professional writing. I had no idea that when you decide to go down the route of self publishing that you're the writer, the proof reader, the marketer just to name a few - You're all those things that you have absolutely no idea how to do. You have to teach yourself on the fly. This week I did the mock up of the cover for my second book. I wouldn't call myself a designer to any degree of the word, I'm not artistic in the visual sense, but I didn't want to work with people who I don't feel a connection wi
Post a Comment
Read more